This very tasty sauce is prepared with so-called Italian sausage, which in Italy is a type of pork sausage seasoned primarily with salt, pepper, garlic and white wine. Seasoning varies widely in different regions of Italy, some places for example,  fennel and/or anise are used as the primary seasoning.
INGREDIENTS
300 g of fresh sausage
100 g fresh bacon
1 onion
salt and pepper
oil or lard
hard cheese
sprig of rosemary 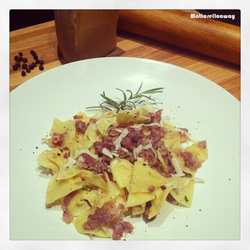 In a frying pan with olive oil or lard, stir fry the sausage without the skin, along with the finely chopped fresh bacon and chopped onion. Season with salt, if necessary, and add the rosemary. Once everything is browned well, add the freshly cooked strichetti.
Leave it all to simmer for a few more minutes, then add a sprinkling of grated cheese and plenty of black pepper and your dish is ready.
VARIATION with SAUSAGE  AND ASPARAGUS
INGREDIENTS
200g of fresh sausage
500g of asparagus
2 shallots
salt and pepper
butter
hard cheese 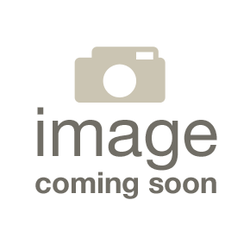 Peel the skin off the sausage, then brown the chopped sausage in a pan with a little oil. When its well browned, take it off and put it aside.
In the same pan fry the chopped shallots and asparagus stalks; a few minutes later, add salt and pepper and some water. Let it all cook covered for 10 minutes.
Then add the asparagus tips and previously browned sausage and continue cooking for another 5 minutes. Finally, add the freshly boiled strichetti in the pan and sprinkle it all with grated cheese.